There are many new features for the first race in the central zone of the CIREAS, including a flatter course, low average tests and the Power Stage Classic. 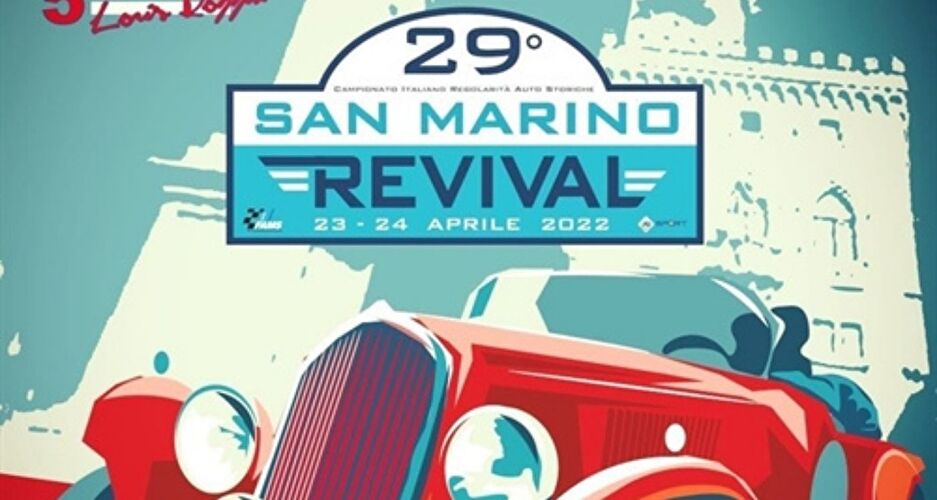 Registration is under way for the San Marino Revival, scheduled for 23 and 24 April and now in its 29th edition. The San Marino Revival will be the fourth round of the CIREAS of which is the test for the central area (zone 3). The headquarters of the event will be, as usual, the multi-event Sport Domus, in Serravalle, where the sporting and technical checks will be held on Saturday and where will also be set up the starting stage and the awards ceremony. The lunch break will be set up at the Garden restaurant, where co 2 and co 3 are also scheduled. The event is organised by SMRO, San Marino Racing Organization, in cooperation with FAMS, the San Marino Automobile Federation. "As organisers - explain from the San Marino headquarters - we listened to the various requests of the competitors, who considered the trials unsuitable for pre-war cars. So we have prepared a mostly flat route, removing those areas that could be difficult and at the same time inserting the trials with low averages, allowing everyone to arrive at the finish line with competitiveness and full safety" - they conclude. Registration closes on 20 April. The forms are, as always, available in the appropriate section of ACISport. New for the 2022 edition is the inclusion of modern cars in the event. The 29th San Marino Revival will also feature the "power stage classic", a show trial that will be broadcast live on aci sport, channel 228 of the Sky platform.