Francesco Commare wins with 0.68 average error. On TV this evening at 19:00 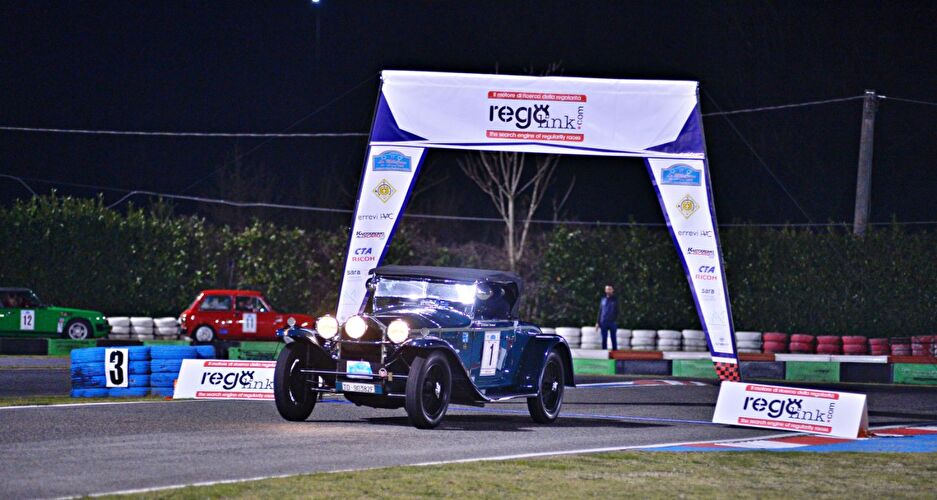 It was the Iscaro kart track of Chianche, in the province of Avellino, to host the third stage of the Club Aci Storico Power Stage Classic of the season.
The special test, which took place at the end of the 17th edition of "La Millecurve" has seen the start of 35 crews who have challenged, no holds barred and to the sound of hundredths inside the toboga irpino.
The final victory went to the crew from Campobello formed by Francesco Commare and Roberta Trombetta, author of a capital test on board the 1972 Autobianchi A112.
The duo of Scuderia Nettuno, for the first time at the start of the new television format has made it clear from the start their intentions with two clear in the first two "splits" and only two hundredths of penalty in the third, closing the Power Stage with an average of 0.66 hundredths of error, the best among the Acistorico Power Stage Classic disputed in this 2022.

Second place for Salvatore Cusumano and Alberto Carrotta and their 1974 A112 Abarth who close the Power Stage with 3 total penalties at only one hundredth from the winners.

Alessio and Valerio Bacci in their 1983 Autobianchi A112 Abarth closed the podium with 4 penalties.

The Autobianchi A112 was presented in 1969 at the Turin Motor Show and was an immediate sales success, with waits that in many cases exceeded twelve months for delivery.

The Power Stage Classic, linked to the CIREAS, boasts the ACI Storico Club as its title sponsor, while the Avellino stage saw as partners the Mastroberardino winery, the Iscaro Kartodrome, Magma Sportswear and Regolink.com, the online portal dedicated to the world of regularity.

The third Aci Storico Power Stage Classic of the season will be broadcast this evening on the SKY platform Channel 228 - AcisportTV at 19:00. At the same time it will be visible on the page dedicated to AcisportTV within the Federation website at Acisport.it.

The next Aci Storico Power Stage Classic is scheduled on 24th April 2022 in San Marino for the 29th edition of the race valid for the Acisport 2022 Italian Classic Regularity Championship "San Marino Revival" which has recently opened for entries. Translated with www.DeepL.com/Translator (free version)