Second round TNR and Coppa Italia Zone1. Confirmed the lunch at the academy of Pizzocchero and the Power Stage Classic on TV. 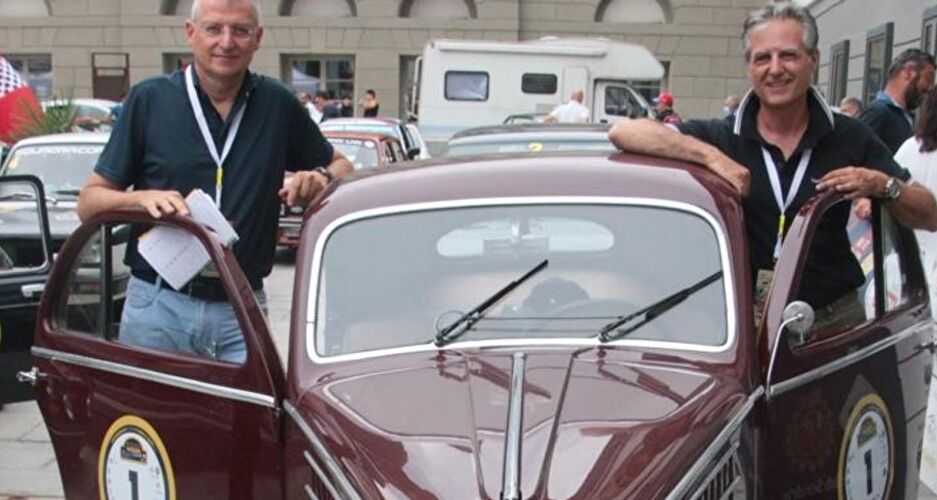 Automobile Club Sondrio will organise, in collaboration with the Historic Car Club Alpi Centrali, the 2° TROFEO VALTELLINA Classic, a race valid for the National Regularity Trophy, which will take place on 2 April 2022. The event is a titled race on the ACI Sport calendar, reserved for historic and modern cars, which will include a route along the Valtellina on the North Orobic and South Rhaetian sides and with passages in the Mortirolo road and in the wine and food station Teglio and in the ancient village Ponte in Valtellina.

Cars taking part in the regularity race for historic cars must have an "identity card" proving their conformity with the original car and its year of construction. In fact, the race will admit the participation of cars built from the origins up to 1990, with prizes for older vintage cars.

At the end of the race, which also includes a "Coppa dei Vini" prize, there will be a show trial in Piazza Garibaldi called "Power Stage Classic", organised in collaboration with ACI Storico, which will be broadcast on Sky channel 229.

Regularity races are events in which adherence to set times for certain sections of the route is the decisive factor for the classification. In the two stages the crews will cross the municipalities of Valtellina, the race will take place on open roads with regularly circulating cars that must, therefore, respect the rules of the Highway Code.

It will be a competition capable of combining the cultural aspect with the sporting and touristic one: it is in fact a classic regularity race that will take place between Sondrio and the municipalities of the Province, trying to enhance the territory in its most peculiar aspects that can be found in the small municipalities of Valtellina, with stops along the way at strategic points, able to attract tourist and local flows, contributing to the economic and social revival of an area that represents one of the strategic points for the productive and enogastronomic economy of the Lombardy Region.

At the same time, dedicated to historic cars from more recent eras (also produced after 1990), the motoring event "Ruote nella Storia 2022" (Wheels in History 2022) will be held, an initiative promoted by ACI Storico in collaboration with Automobile Club Sondrio, in which cultural protection, tourist promotion and territorial cohesion are the founding values. The event is the result of a synergy between ACI Storico, the club of vintage car enthusiasts, and the association "I Borghi più Belli d'Italia" (Italy's Most Beautiful Villages), to enhance and promote the great heritage of history, art and culture of small Italian towns of excellence. The event "Ruote nella Storia" (Wheels in History) offers enthusiasts and owners of historic cars new opportunities to meet and have fun, proposing days to discover fascinating Italian villages on board cars over thirty years old.

The 2nd Valtellina Classic Trophy will have a great media resonance thanks to the construction of an information path shared with the Institutions (the patronage of the Institutions and Municipal Administrations involved is being requested) towards the citizens and the tourist and productive enterprises of the territory.