From 14 to 17 October, the regularity race organized by AC Palermo in collaboration with the Automobile Club of Italy will complete the calendar of the Italian Championship Great Events ACI Sport and will take the crews to discover the wonders of the provinces of Trapani and Palermo. Wednesday, October 13, the presentation in Palermo at Palazzo Chiaramonte Steri 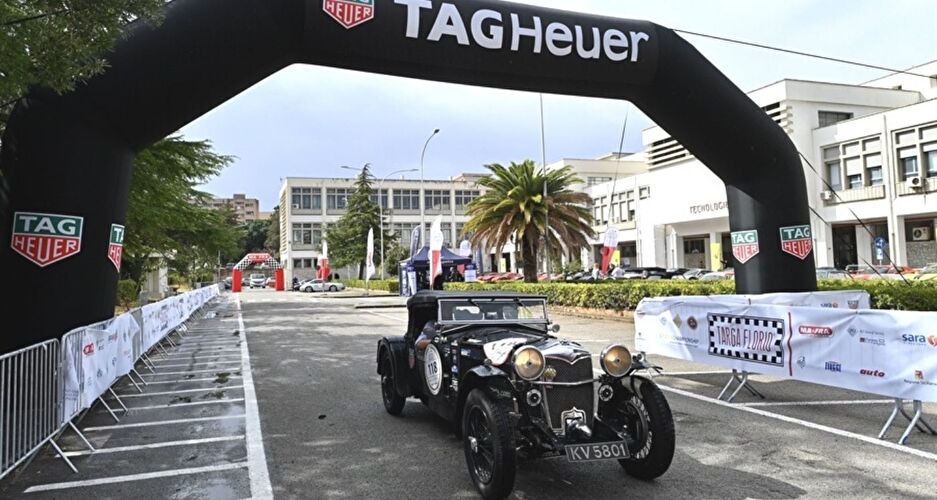 The Targa Florio Classica 2021 is ready to live its highlight week. The regularity race organised by AC Palermo with the collaboration of the Automobile Club D'Italia is the fourth and final round of the exclusive ACI Sport Italian Great Events Championship. In addition to the 120 historic gems and their crews entered, belonging to 27 of the most emblazoned marques of all time and crews arriving from 18 nations, the event is enriched by the traditional presence of the Ferrari Tribute to Targa Florio. The house of Maranello is present with around 90 of its most exclusive cars.

The headquarters and service centre will be located at the Motor Museum of the University of Palermo's Museum System, an ACI partner that has always been a concrete supporter of the Targa Florio event. Once again this year, the Official Sponsors are ACI Global Servizi, Sara Assicurazioni and MA-FRA, while TAG-Heuer is the Official Timekeeper, Dr. Car is the Official Car, and VerdeCorsa and Cantine Florio are Official partners. Prestigious crews, including the best regularity drivers in the Italian Grand Prix Championship, as well as a number of enthusiastic celebrities involved in the fascination of the Sicilian race.

The Targa Florio Classica 2021 is named after the great Nino Vaccarella, and the entire programme for the four-day Sicilian event will be illustrated in detail during the presentation to be held at Palazzo Chiaramonte Steri in Piazza Marina on Wednesday 13 October at 11.00, an appointment to which the press is invited.

Prestige and competitiveness meet once again at the appointment with History at the oldest car race in the world, to experience and discover the Sicilian treasures of the provinces of Palermo and Trapani. The scrutineering on Thursday, October 14 will catalyze the interest at the area in front of the Museum of Mechanisms and Engines - Department of Engineering - University of Palermo - Viale delle Scienze building 8. Also from the University of Palermo Friday 15 at 9 am will leave the first car at a time of the wonders of the province of Trapani, the prestigious sequence of cars and crews will cross the hinterland of Palermo to Partinico and then Balestrate to enter the province of Trapani, passing by Santa Ninfa, Strasatti and Marsala with the picturesque setting of salt pans and the Egadi Islands in the background. Lunch will be at the Florio wine cellars. It will continue towards Mazara del Vallo, Paceco, Rilievo, the beautiful Trapani and the fascinating Erice, to descend at a time of Castellammare del Golfo and then return to Palermo through Cinisi.

Saturday 16 protagonist the "Medio Circuito delle Madonie", a day dedicated to the myth of Targa Florio in the places of the race, Italian sporting and cultural heritage. It will start from Palermo at 9 a.m. to reach "Floriopoli" with its famous stands and the famous pits of the race in its speed version disputed until 1977. Cerda, Caltavuturo, Polizzi Generosa, Collesano and Campofelice di Roccella are all iconic names of the longest running race. Lunch at the Grand Hotel Palladium Sicilia Resort & SPA in Campofelice di Roccella and then through Sciara, Caccamo and Termini Imerese back to the capital.

On Sunday 17th, in the morning the crews will reach San Martino delle Scale and then Monreale, with a visit to the Cathedral, a destination for visitors from all over the world and also a UNESCO heritage site. This will be followed by the return to Palermo for the Award Ceremony, for which the crews will be expected at "Villa Bordonaro ai Colli" at 13.30.

This is a particularly rich programme that alternates competition with the discovery of places of unparalleled charm and interest.