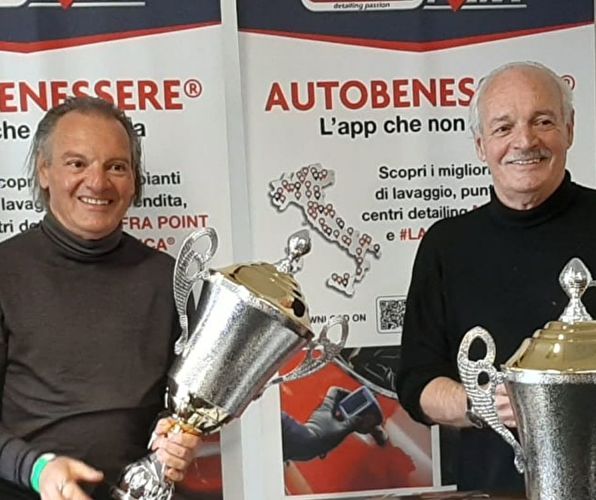 Ferruccio and Carlo Nessi on the small Mini Cooper S by Brescia Corse, played "cat and mouse" and then launched the decisive attack a few tests from the end, preceding in order Daniele Perfetti on Lancia Stratos, former winner of the Monte Carlo Storico with Ronnie Kessel and Maurizio Verini, former Italian and European rally champion here in the race with an Audi Quattro 2.2 Turbo.

A race that right from the start saw the three crews exchanging the first positions, leaving considerable gaps on the rest of the group, after PM3 we find the leader Nessi with 270 penalties, followed by Verini with 287, Kamata with 288 and Perfetti with 305, after them there is a gap with Corbetta-Moretti with 543 penalties (273 from the first in the standings!).

The feeling that the fight for victory is limited to a small club will be evident even analyzing the final classification with Nessi who closes with 730 penalties, Perfetti at 875 and Verini at 1003. Fourth overall, De Sanctis is more than 500 penalties away from the bottom step of the podium.

If on the one hand we have the great performance of the Swiss crew on board of the small Mini, on the other hand we find the huge disappointment of the usual protagonists of the Italian Championship on Average, with only Alexia Giugni, driven by Cristina Biagi on Porsche 356 and Marco Leva, paired with Paolo Casaleggio on Lancia Fulvia HF to enter the Top Ten (with more than 1,200 penalties away from the leader).

All the rest of the CIRM circus remains out of the ten, starting from the Italian champion Maurizio Vellano who, paired with Giovanni Molina, closes only 28th at 3,200 penalties from the leader.

The impressions tell of a race with "brilliant" averages where it was essential to find the right key to aim high.

On Wednesday the story of the race with all the protagonists.