The eve of the Coppa Attilio Bettega 2021 is on fire. The Milanese team at the start with 14 crews 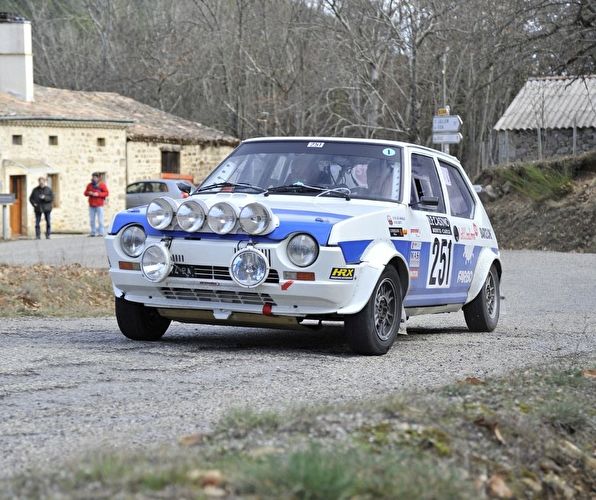 Habituè of the historic Rallye de Monte Carlo, the drivers of the Scuderia Milano Autostoriche have immediately consoled themselves after the cancellation of the Monegasque race by rolling up their sleeves and enrolling en masse in the Coppa Attilio Bettega, the winter classic organized by Ivo Strapazzon, nicknamed the Italian Monte Carlo because of the similar weather conditions that competitors encounter along the way. What's more, this year the Venetian event will be held for the first time with the regularity formula on average, the same speciality that has made the Principality's race famous and that boasts many practitioners within the Milanese team. So the Scuderia Milano Autostoriche, five times winner of the Rallye di Montecarlo Historique, is at the start of the Coppa Attilio Bettega 2021 with a strong team of sixteen crews on a total of ninety cars entered. The declared objective is to aim at a team affirmation on the roads of Veneto and Trentino, but also seriously thinking about the individual affirmation of a team crew at the top of the overall classification. Yes, because the potential to bring home a great performance is there, within the team meneghina. Starting with the crew made up of Gianmaria Aghem and Diego Cumino, winners of the 2018 Rallye di Montecarlo Historique at the wheel of the same Lancia Fulvia Coupè 1. 2 that they will use in the race, and by Maurizio Torlasco, winner of the 2011 edition of the Monegasque rally, flanked by a neophyte, Wladmiro Meisina, at the wheel of the Opel Kadett GTE, without underestimating Alessio de Angelis with the Fiat Ritmo 60 with which he took second place overall at the "Monte" in 2019, here paired with Rudy Briani.
But it is not limited to this trio the rose of pretenders to a prestigious result in this Coppa Bettega that promises to be extremely fought: There are also Eugenio Rossi and Marco Tarenzi with the Lancia Flavia Coupe with which they obtained three second places at the Tour de Corse, Gabo Seno and Nicola Arena with the Opel Kadett GTE with which they finished fourth last year in Corsica, the Italian Speed Tourism Champion 2000 class Alberto Bergamaschi paired with Carlo Fedeli on BMW 2002 Tii, Gian Paolo Cavagna and Angelo Seneci with the Renault 5 Alpine, Lucio and Nicola Bugatti at the wheel of the Ford Escort Mexico. The possibility of a race with a lot of snow has made "dust off" several Lancia Fulvia HF, always at ease on difficult terrain, such as those of Olindo Deserti and Marco Torlasco, Angelo Mattiuzzi and Sergio Finesso, and Mario Piantelli and Fabio Cambiè. The same goes for the powerful Porsches, such as the 911 S of Massimo Tosetti and Marco Bernardinello, and the 911 SC of Maurizio Colpani and Lorenzo Pastore. Alfa Romeo is also well represented among the drivers of the Milanese team, with the 1750 GTV of Marco Mattioli and Mario Pensotti and the GT 1.3 Junior of Carmelo and Federico Curtolo. Last but not least, the participation of Emilio Cabella and Massimo Corinti is interesting with the Triumph TR3 A, one of the most historic cars in the race, competing in the slow-medium category.
The Coppa Attilio Bettega will take place between Saturday 20th and Sunday 21st February with departure from Bassano del Grappa at 13.00 and arrival at Fiera di Primero in the early hours of the morning, with two consecutive stages for a total of approximately 350 km of competition with 10 selection trials. A maximum of 90 crews are admitted, all at the wheel of historic cars built between 1952 and 1990.