2021 titles: RC3 to Salvinelli, RC5 to Malucelli. In the balance RC4 (Lastri-Dalleolle) and Under 30 (Tumbarello-Paradisi) and Ladies (Scarioni-Bignetti). The Coppa d'Era at the end of October is crucial. 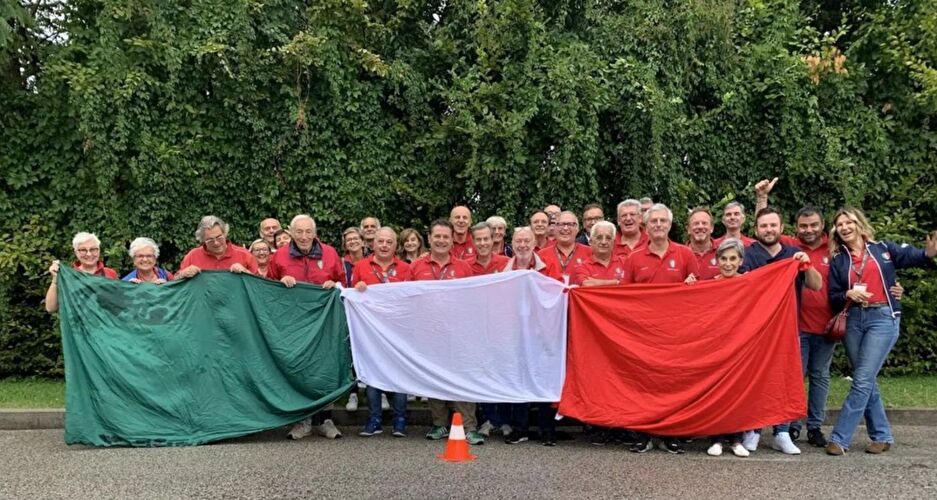 Treviso and La Marca were the stage for the penultimate act of the 2021 Italian Vintage Car Regularity Championship.
47 crews competed in the 150 km route between the centre of Treviso and the Prosecco hills, characterized by 67 time trials on the edge of hundredths.
The Treviso race issued important verdicts, awarding several CIREAS titles.

Alberto and Giuseppe Scapolo celebrated their fresh win of the Italian title with a victory also in Treviso, taking the first step of the podium with their 1937 Fiat 508C.
Behind the bearers of Scuderia Nettuno, Fabio and Marco Salvinelli on their 1954 Fiat 1100 103 - Classic Team.
Third place overall for Claudio Lastri and Valter Pantani, authors of an excellent performance on board their 1975 Alfa Romeo Giulia.

Among the ladies, success for Gabriella Scarioni, flanked for the occasion by Caterina Vagliani in her customary 1982 Austin Mini Hle.

In the classification dedicated to the under 30s, victory for Alessandro and Leonardo Marini in their 1969 Lancia Fulvia 1.3 Rallye S Brescia Corse.
Second place for the driver of Scuderia Nettuno Alfonso Tumbarello, navigated by Marco Magnani on A112 Elite of 1982.

The challenge for the Italian Teams' Title ended with the victory of Nettuno Bologna, after a thrilling head to head with the reigning champions of Classic Team from Mantova who, with only two crews at the start in Treviso, actually handed over the title to the Bolognese with one race to go.

In RC2, behind the winner Scapolo, Sergio Sisti and Anna Gualandi in a 1937 Classic Team Lancia Aprilia closed with 279 penalties.
Third, with 555 penalties, were Stefano Valente and Charlotte Magaraggia in a 1935 Fiat 508 Balilla Berlinetta.

The RC3 category was once again a conquest for Fabio Salvinelli, who with his victory at the Marca Classica won the Italian Championship in his category.
Second place, at 30 penalties from the leaders, for Alessandro and Leonardo Marini on a 1969 Lancia Fulvia 1.3 Rallye S Brescia Corse.
The podium was completed by Giuseppe Rapisarda and Danilo Piga, on a 1965 Morris Mini Mk1 - Scuderia Nettuno Bologna.

In RC4 Claudio Lastri and Valter Pantani, on Alfa Romeo Giulia of 1975, conquered the first place and heavy points in view of the championship.
Behind the Kinzica crew, at 18 penalties, Angelo Seneci and Emanuele Bonera, on 1973 Innocenti Mini Cooper - Brescia Corse.
Only third, the championship leaders, Massimo Dalleolle and Alessandro Traversi on Autobianchi A112 Abarth 70 HP - Scuderia Nettuno.

Andrea Malucelli has no rivals in RC5.
With the victory in Treviso, the driver of Franciacorta Motori, navigated by Monica Bernuzzi, became Italian Champion in his category confirming the title won in 2020.
Second place for the bearers of the Nettuno team Tumbarello-Magnani on A112 Elite of 1982 at 336 penalties from the winners.
Closing the podium, with 578 total penalties, were team-mates Paolo Cadoni and Simona Capocchi, on A112 Abarth 70Hp.

The last round of the Cireas, the Coppa d'Era, scheduled on 29 and 30 October, will be crucial for the assignment of the last two titles still in the balance:
The RC4 Italian Championship, with the head-to-head between Claudio Lastri and Massimo Dalleolle, the Under 30 Cup with the classification in the balance between Alfonso Tumbarello and Roberto Paradisi and the Ladies Cup with the play-off between Gabriella Scarioni and Federica Bignetti.