Great expectations for the 50th anniversary track, which follows the special stages that have contributed to make a great race in the hearts of all fans. 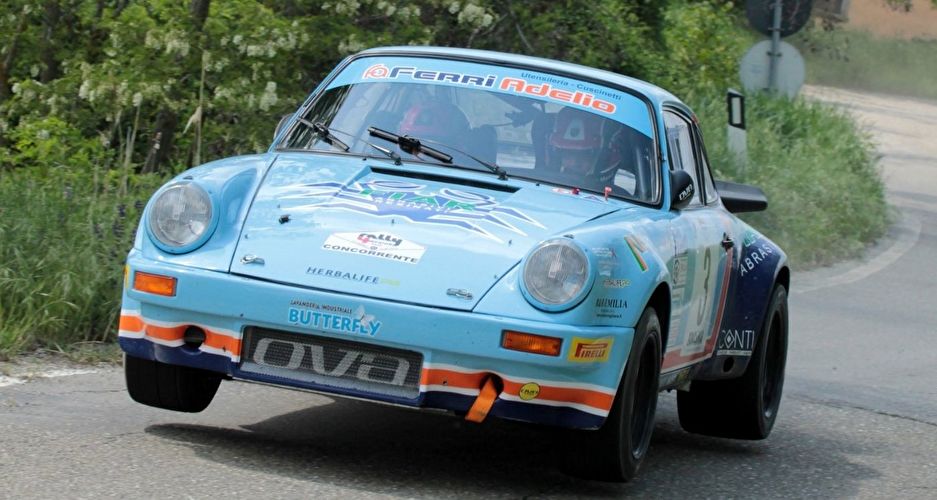 Milano Rally Show, organiser of the Rally 4 Regioni with the Patronage and the Honour Committee of Regione Lombardia, in these days is receiving many requests to extend the closing date for entries from crews taking part in rallies scheduled for the weekend.

To meet all these requests, it has been decided to postpone the deadline to Tuesday 29 June.

While waiting for the official announcement of what promises to be an interesting entry list, it is also time to get to know better the three special stages that will frame the race scheduled for 2 and 3 July, which will have as its epicentre the town of Salice Terme (PV).

For this eagerly awaited return, the promoters couldn't help but rediscover the most characteristic stretches of road that in the course of its fifty years have contributed to making immortal a race that has entered the hearts of all fans since its first editions.

For the occasion, the event will host three motoring events in one big weekend dedicated to rallies.

It will start with the 50th Rally 4 Regioni Storico, the race with the longest route thanks to its international title. In this case there will be seven special stages in the program: it will open Friday afternoon, July 2 with the departure of the first car at 16.00 from Viale del Parco in Salice Terme, with competitors who will begin to give battle immediately by making a double pass on the special stage "Pozzol Groppo", then returning to Salice Terme for the night tidy up from 20.21.

The next day, Saturday 3 July, the day will include five more special stages, starting with the timed section "Oramala", followed by the "Rocca Susella", the latter will be repeated twice while the "Oramala" that will close the day's racing will be run for a third time.

The arrival of the first car is scheduled for 19.26 in Salice Terme (PV).

At the end of the Rally 4 Regioni Storico there will be the Rally 4 Regioni national race reserved to modern cars. The race will be based on the Historic Rally, but the competitors will not take part in the third and final passage on the "Oramala", so the first crew will arrive on Saturday in Salice Terme at 17.10.

To close there will be the 50th Rally 4 Regioni Regolarità Sport, with the competitors that in this case will follow the route of the modern rally except on Friday evening when they will perform only a time trial on the route of the second passage of the day, the Pozzol Groppo 2.

In order to know better the route we have relied on Claudio Biglieri, navigator of great experience and collaborator of Milano Rally Show for the choice of the route of Rally 4 Regioni and its technical set up together with the Race Direction, the DAP and all the organs in charge:

"The race will open with the double passage on Friday evening on the "Pozzol Groppo", with the final part of the test that will be used also in the morning for the shakedown. It is one of the most traditional special stages of the Rally 4 Regioni, it was already done in the '70s and was a must, also because it started from Salice Terme. At that time it was much longer and even touched the province of Alessandria. The section that is used nowadays reveals a very special stage: at the beginning it is decidedly fast and challenging, with the competitors who then find a junction uphill with the road that narrows a lot and where we have provided an artificial slowdown. After this turnaround the stage becomes much narrower and more complicated, with some pretty tough cuts that we've staked out for the most part. Let's say that it is a challenging test because of its considerable changes of pace, although it is short it can already make a first selection."

The competitors after the re-grouping in Voghera at the end of the first lap, will close the evening returning to Salice Terme for the night re-grouping.

The next day, Saturday, July 3, it will start again with the special stage of "Oramala", which will be repeated three times for the historic cars and twice for the protagonists of the modern rally.

"The stage is just over ten kilometres long - continues to explain Biglieri - also here we are in the presence of a classic of the Rally 4 Regioni: it has been run several times in both directions, both uphill as in the case of this year and downhill. Many images of the race in the 70s and 80s showed a passage on the hairpin bend of Poggio Ferrato present in this special. The stage begins with a first uphill section that is a mixture of slow and fast, where the fast allows very incisive stretches even if you have to be careful because the road is narrow and in some places also quite bumpy. We are also talking about a special stage that is definitely not easy to tackle, and able to enhance the driving skills of the drivers. Artificial delays have also been planned for the fastest sections of this timed section. When you get to the Castle of Oramala, the stage begins to descend towards the village of Poggio Ferrato, the road is always quite narrow and driven. Then it widens considerably for the last two and a half kilometres with a fast downhill section, ending the special stage in Val di Nizza".

The second stage of the day will be the "Rocca Susella", which in this case will be run twice by both historic and modern rally competitors.

"This will probably be the most selective special stage, it is the longest of the race but above all it has very important changes of pace. It's a special stage that, besides the 4 Regioni, has been repeated in many other races. It starts with an uphill section with a mixed driven alternating with fairly fast sections, until the top after about 2.5 kilometres from the start of the test. From this point the difficult part begins, with a very fast descent with alternating hairpin bends and very fast corners in support. This brings you to the village of Schizzola, where you turn right with an artificial inversion and the road begins to climb more or less in the same way, alternating between fast and fast sections with a much narrower roadway. Having arrived roughly at Arpesina, an even narrower, bumpier and very fast section begins, perhaps the most difficult part of the entire test. It then closes at Fortunago where the special ends."

Now we just have to wait for the official entry list, even if from the first indications the battle for the highest step of the podium looks more exciting than ever, with drivers of the calibre of "Lucky" and Matteo Musti who are just some of the top drivers who in these last hours are giving their adhesion to the three events involved in Rally 4 Regioni, for a weekend full of the history of national rallying. 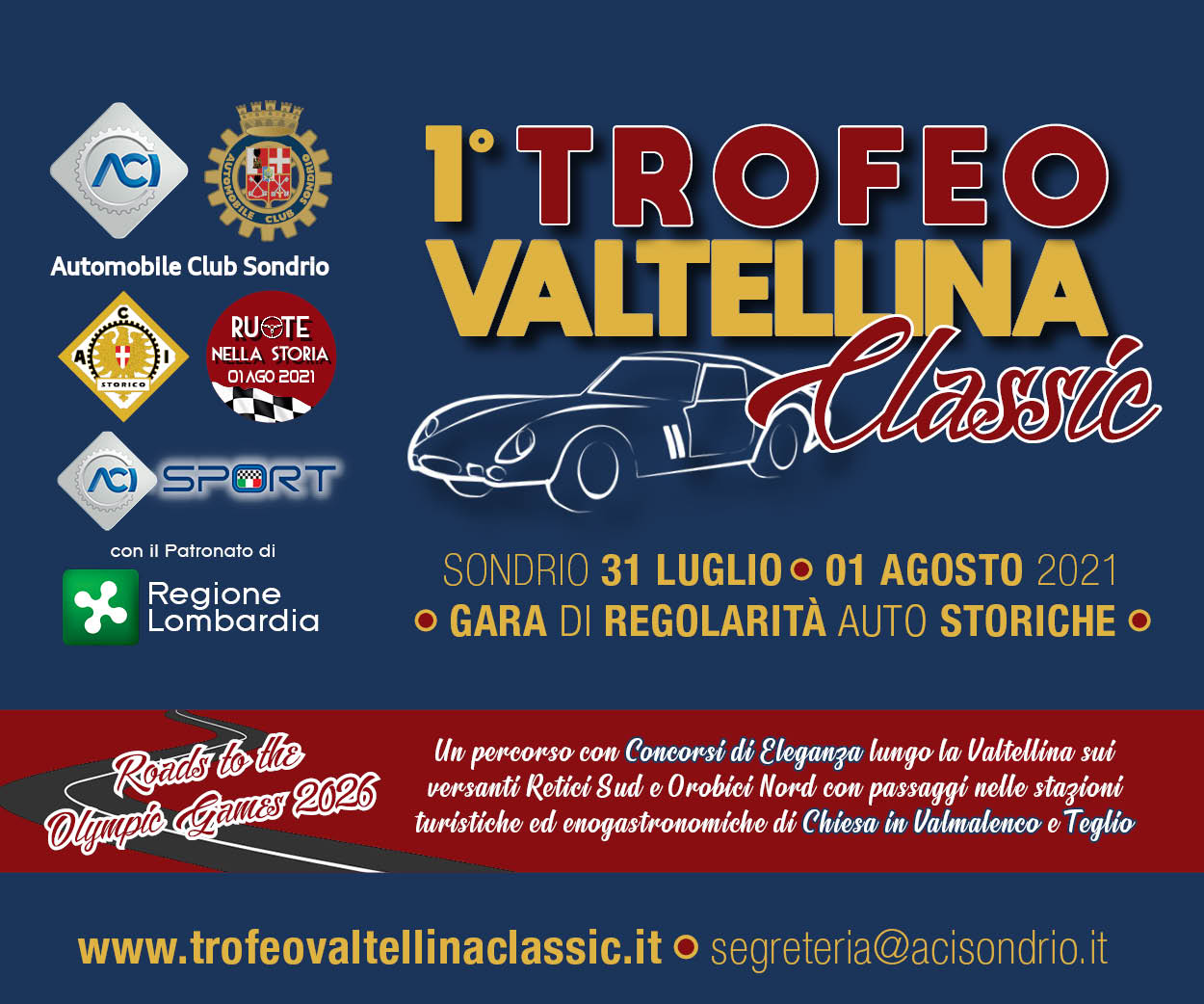