David vs Goliath, with the mini will challenge the "Top Teams" at the Coppa Bettega 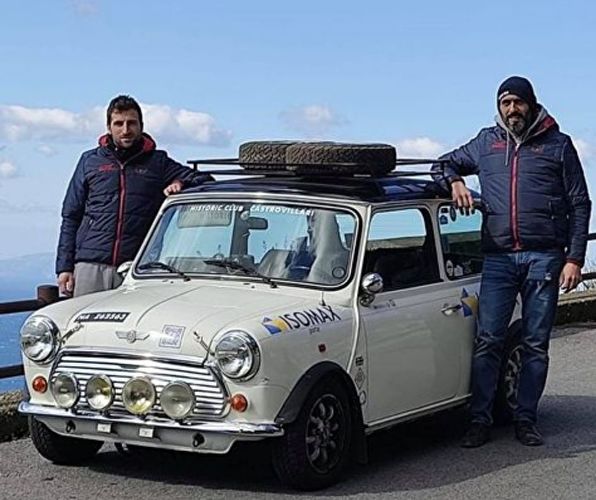 The crew made up of Giuseppe and Luigi Russo from the Scuderia Historic Club Castrovillari, an ACI affiliated club, will take part in the Coppa Attilio Bettega on 20-21 February on board a Rover Mini Cooper 1300.

Giuseppe and Luigi Russo, originally from Sorrento, will challenge the more than 100 participants on some very difficult average tests on snowy roads distributed on a route of about 350 km between the provinces of Vicenza, Belluno and Trento. The president of the team Domenico Campilongo says: "we are proud that the Historic Club Castrovillari will take part in such an important event at national level, thanks to the commitment of the club but above all thanks to the sponsors Isomax Porte and Palmieri academy who will support the Russo - Russo crew in this adventure".

The historic event starting from Bassano del Grappa (VI) is known by specialists and fans as "the Italian Montecarlo", organised in memory of the late Attilio Bettega, who was an official Fiat and Lancia rally driver between the 70s and 80s, a specialist in special stages on snowy surfaces.