Plenty of entrants also for the second round of the Italian Championship, scrutineering today 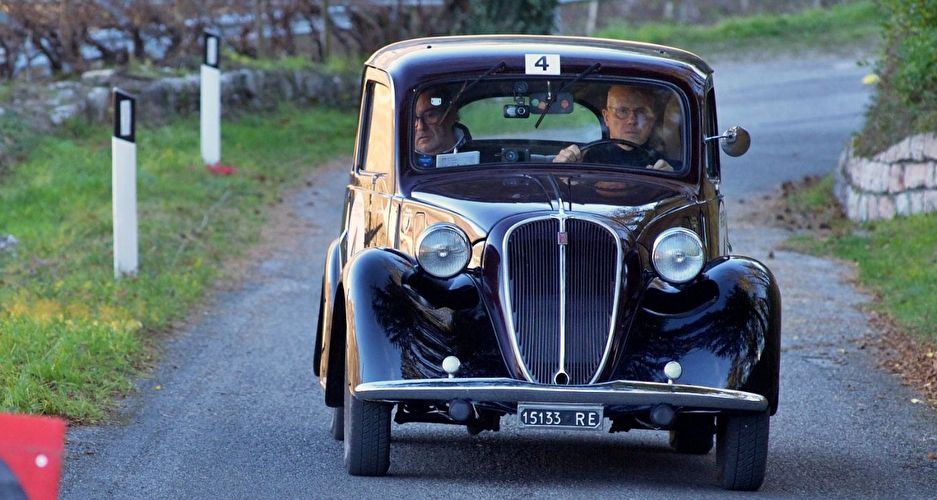 105 crews will battle it out tomorrow at the "Coppa Città della Pace" 2021, the regularity race organised by Scuderia Adige Sport, now in its 28th edition. This is a considerable number of cars, as usual, which testifies to the high level of appreciation enjoyed by this competition and the desire to challenge the specialists in precision and pressure tests, who in the lower Trentino region will also be chasing Italian points, given that the challenge is the second stage of the Cireas, the Italian championship in this speciality.
The first one, the "Coppa Giulietta e Romeo", took place on 6 February in the Verona area and was won by the Emilian couple composed by Alberto and Giuseppe Scapolo on a Fiat 508C of the 2nd grouping, which preceded by 41 penalties Roberto Crugnola with Marco Vida on the same car and Guido Barcella with Ombretta Ghidotti on a Porsche 356C of the 4th grouping. A trio that will also be present at the Trentino race, as will all the top nine of that classification.
In this edition, start and finish will be back in the natural location of Vallagarina, with the start set up at the Hotel Nerocubo, near the motorway exit of Rovereto Sud, and the finish line at the renovated Cantina Vivallis of Villalagarina, where the prize-giving ceremony will also take place. The route, 182 kilometres long and featuring 60 time trials, has been modified to include a new passage through Val di Ledro. The stop for lunch will be "Da Alfio" in Dro. Every moment of the two days, which will start today with the technical and sporting checks, has been studied in order to guarantee the maximum safety of the competitors and their distance, as it happened last November, when the 27th edition took place, won by Guido Barcella and Ombretta Ghidotti before Alberto and Federico Riboldi from Brescia.
Scrolling down the list of entrants, we find two cars in the 1st group, the 1930 Fiat 514S of Fabio Loperfido and Alessandro Moretti and the 1928 Abc Gran Prix of Darren Morcombe and Chiara Montalbetti. There are fourteen cars in the second group, all from the 1930s, such as the Fiat 514 Mille Miglia of Luca Patron and Steve Clark; the Fiat 508C of Alberto Aliverti and Giacomo Lamperti, Andrea Belometti and Caterina Vagliani, Alberto and Giuseppe Scapolo, Roberto and Mario Crugnola, Alberto and Federico Riboldi, Riccardo Riboldi and Boltolino Bortot, Matteo Belotti and Ingrid Plebani; the Lancia Aprilia of Ezio Sala and Gianluca Cioffi, Lorenzo and Mario Turelli, Giuliano Cané and Giuliana Gallina, Gianmario Fontanella and Alessandro Malta, Enrico Scotto and Cristina Biagi.
The list also includes cars from all the other seven groupings, together with seven modern cars, competing in a classification dedicated to them. Once again this year, a work by Luisa Bifulco, "La Strada del Vino", will be presented to the drivers of the best pre-war car in the classification. 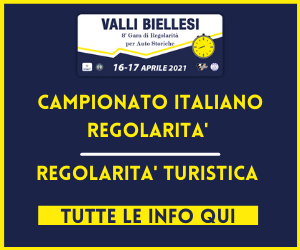