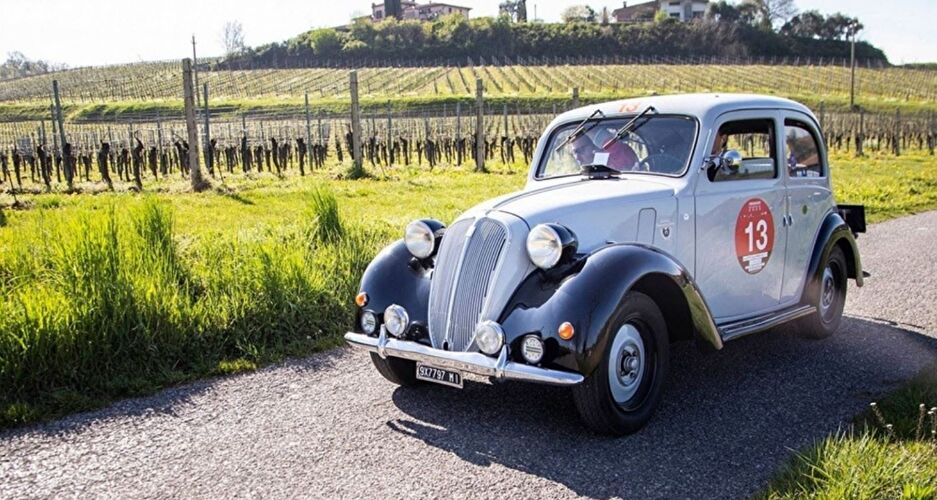 The 15th Franciacorta Historic concluded last Saturday with 125 crews tackling 170 kilometres in Franciacorta, around Lake Iseo and in Val Trompia. As many as 38 pre-war models were at the start, many of them produced in the 1920s by Alfa Romeo, Aston Martin, BMW, Bugatti, Fiat, Lancia and OM.

After the last 10 trials at Maniva and Marmentino (5 of which were cancelled due to the failure of timing equipment), with only 2 hundredths in favour, victory went to Edoardo Bellini and Roberto Tiberti of the Franciacorta Motori team, on board the 1937 Fiat 508 C. In second place was Barcella-Ghidotti of the AMAMS Tazio Nuvolari team, again in a 1938 Fiat 508 C; third was the Italian/Swiss crew of Alberto Aliverti and Stefano Valente in the challenging and beautiful 1929 Alfa Romeo 6C 1750 SS Zagato.

Among the teams, success of Franciacorta Motori ahead of Nettuno Bologna and AMAMS Tazio Nuvolari. The best female crew is the one composed by Federica Bignetti Bignetti and Luisa Ciatti on MG TB of 1939, who preceded on the podium respectively Cinelli-Stofler (Renault 4CV, 1957) and Bottini-Boscardin (Porsche 911 T, 1966). The first crew under 30, Barcella-Vecchi in a Porsche 356 C
Coupé, 1963, won the Eberhard "Champion V" watch offered by the Swiss company, main sponsor of the event. The first foreign crew was the Swiss couple Ginesi-Rohr in a 1974 Porsche 911 Carrera 2.7, ahead of their compatriots Hug-Gerber (Healey Westland, 1950) and the Germans Biella-Biella in a 1962 Porsche 356 B Coupé.

In the Trofeo Peli Porte Seczionali, scheduled out of the classification on the last 4 PC of the descent to Ome, victory of Ezio Sala and Gianluca Cioffi of the Emmebi 70 team on a 1937 Lancia Aprilia, followed by Bertoli-Gamba (Fiat 508 C, 1938) and Belometti-Vavassori on a 1929 Lancia Lambda Casaro
of 1929.